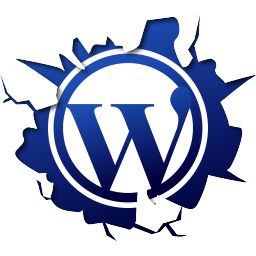 Think about this: the average American technology user is interacting with as many as 100 different apps per day or more. Weather, texting, stock quotes, sports scores, e-commerce, navigation and countless other productivity enablers. And a zillion or so games! While there is plenty of enviable tech along that continuum, (not to mention scores of teenage millionaire developers,) there is little to no consistency in tone, or in brand or in experience.

Each app you thumb around with is developed somewhere around the world by some team of coders who are sort of winging it until they get it just un-buggy enough to release (slightly more stringent if it’s an iOS app, but still…) And users of this experience – that’s you and me – are trained to just search for the next cool thingy to while away the hours on the train.

What’s been created with the smartphone revolution over the past eight years or so is a complex and hyperactive ecosystem of near-chaos to provide all of us with a vast environment of choice. We basically live in a technology supermarket where every aisle is stacked with packages of flashing lights and angry piggies. And at a buck 99 or so per experience, we are shopping until we drop. And why not? It’s fun, it’s personalized, and it can be controlled.

What many people don’t know is that most web experiences today are conceived and constructed in very much the same way. Take WordPress, for instance. The world’s most popular blogging platform got smart a few years ago and opened up their platform to outside developers to provide full website functionality – including social connectivity, video embedding, e-commerce, data aggregation and more. But WordPress doesn’t actually DO any of that. They simply provide the framework, and developers build site themes and other functionality on it.

When you land on a WordPress site, you’re being tended to by anywhere from 10 to 100 different independent software companies who have created snippets of functionality. (WordPress calls them plugins.) You’re not so much “on a website” as you are smack in the middle of a technology rodeo where each activity you perform or engage with is being served to you remotely while it runs wild in its side corral. Want to fill out a form? Plugin. Want to see a company’s latest Tweets? Plugin. Want to buy stuff? Plugin.

For the average consumer, it seems to be working. You never leave the site (at least as far as you know,) and you’re confident in that it’s relatively secure. (WordPress did get that part right.)

But when you’re an administrator on one of these sites, and your job is to keep the site updated and add content and make it interesting for consumers, you’ve got 99 problems, and the login ain’t one.

That’s because each component in the code circus is either buggy on some level, or it’s being updated with “new features” or the theme developer changes the core code (rendering ALL plugins that work with that theme near-useless,) or WordPress itself updates the framework software and shuts the whole system down for a week. And any time that happens, something goes wrong with your site. It’s tiring, really.

Sure, these problems do get remedied and add new features and functionalities, but the “getting there” part is bumpy. (Especially when people come to your site and pieces of it are missing, or the menu doesn’t show up, or they fill out a form and just get an eternal spinning wheel.)

The app world can continue expanding outward at whatever pace it sets for itself, because apps are self-contained, single function experiences. When the developer wants to change something in the code, the user gets a notice to “update” and everything works just fine.

But to try and app-ify the web experience, and in particular, the way content is managed from the administrator’s perspective the way WordPress has, is a management nightmare that’s becoming more and more evident as the system expands. You can’t control multi-function experiences in the same way you can manage a single-function app. The minute one developer changes a piece of their code, (say with a theme update,) he or she can throw hundreds of the plugins that are supposedly “compatible” with that theme out of whack, and in some cases, for an extended period of time.

For all intents and purposes, WordPress has lost control.  For an expansive ecosystem like that to work, there needs to be oversight, and it should be administered much more carefully to keep all these independent contractors in line and on time. And it should be the primary objective at WordPress headquarters. I hate to say it, but they should start acting more like Apple.  Even though some decry Apple’s “rule with an iron fist” mentality when it comes to how they handle third-party developers, the proof is in the pudding.  WordPress needs to set some stricter standards, put time restrictions and “windows” on updates, and manage the relationships between theme developers and plugin developers.  Because each time a WordPress site acts wonky, nobody says “oh, I’m sure it’s that Yoast SEO plugin.”  They simply think WordPress is kind of crappy, and nothing could be further from the truth.

It’s no surprise that companies like Wix and SquareSpace have popped up to start serving intermediaries and DIY-ers with newer, easier, less-out-of-control content management systems. (Not surprisingly, they have spurned the “open it up to developers” mentality, and are attempting to keep everything tightly under control.) And don’t forget about SilverStripe – the new, new content management platform that’s turning a lot of heads.

Right now, WordPress sits on top of the content management food chain.  But if they don’t watch out, they’ll soon be the old dinosaur in a market space that’s about to get hit by the proverbial meteor.

One thought on “Has WordPress Lost Control?”