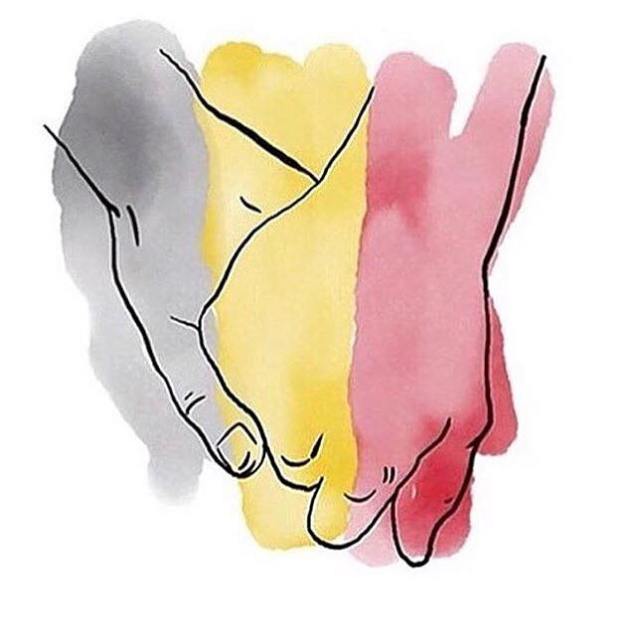 By now, you’ve heard of the terrorist bombing attack that took place at multiple locations in Brussels. Awful news. And awfully reminiscent of the news that came out of Paris back in November of 2015.

And when major news events like this happen, people around the world are saddened, or maddened, confused or conflicted. Or all of those things. We can’t quite comprehend these monstrosities, and we yield, typically, to our softer human nature to offer support.

In the modern world, social media provides a forum for us to do this and tell our friends and our networks how we feel. We can demonstrate, protest, or mourn in many digital forms.

Back in November, after the Paris attack, Facebook quickly offered an opportunity to all its billion plus users to show solidarity and support for the French by offering a profile picture overlay of the French flag. This was offered at the top of your news feed.  Your usual mug shot was now overlaid with the red, white and blue stripes of the French flag colors. And millions upon millions of people rushed to switch their pics. Of course, it doesn’t change the horror, but it certainly helps people to know that others around the world are standing with them – whether in prayer, or in purpose.

This was not the first time Facebook enabled such a broad-based community alignment. Several months earlier – in June 2015 – Facebook offered a “pride overlay” where you could have your profile picture draped in rainbow colors, following the Supreme Court’s decision to allow same-sex marriage in all 50 states. Here, it was a more exuberant mood, and Facebook enabled its community of users (especially here in the United States,) to show support for the landmark decision. (See below.) 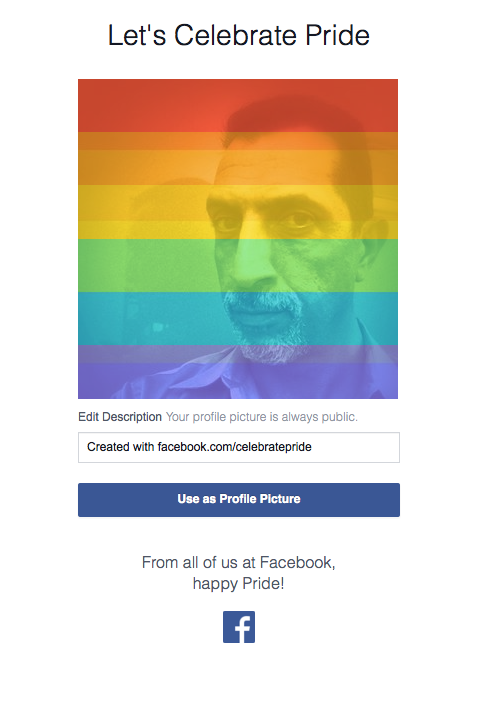 This seems odd, and ill-timed for Facebook to be so…selective. Surely, it’s not a DIFFICULT piece of code to offer the profile overlay. And surely, there’s no denying that the deaths of 31 innocent civilians and hundreds more injured don’t merit global support, especially since a terror group has already claimed responsibility.

It wouldn’t be an oddity if Facebook hadn’t done it – nearly immediately, I might add – for the two events I mentioned in June and November of 2015. Indeed, they have set a precedent for this kind of offering. And when they did those others, it was within the Facebook platform – you did NOT have to go to a third party to have it done. [An unofficial user-created page sprung up yesterday on Facebook called “Belgium Flag Overlay Tool.” ]

Why now, then – after something this important and impressive on a global scale – is Facebook so…absent? (And some may also argue, where was the overlay tool for Turkey, or for Mali?)

In my opinion, it’s sending a blurry signal. And blurry signals from a brand so ubiquitous and so central to so many people around the world are dangerous, if not deleterious, to the future of that brand.

Does Facebook hate Belgium?  Of course not.  But it kinda looks that way.  And in terms of brand image and management, that’s about all that matters.

[As a note of fact, if you do prefer to have your profile pic draped in the Belgian flag colors, you can visit the Rainbow Filter website, and choose from the preset “Belgium Filter.”]